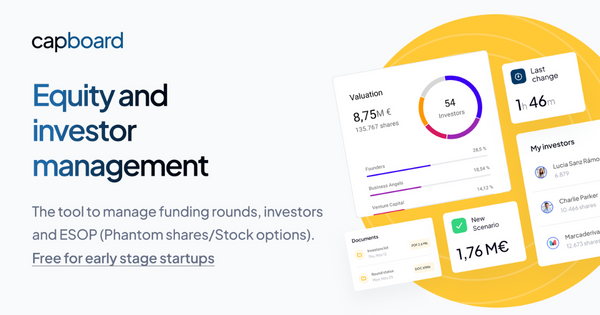 Capboard is the all-in-one solution for startups seeking to accelerate fundraising and manage relationships with investors.

Streamline your fundraising process with Capboard's tools to generate documents while providing private dashboards for investors in just a few clicks. Minimize time spent on repetitive and boring tasks so you can regain hundreds of hours and thousands of €€€s with your fundraising companion.

With the unique Employee Equity Management functionality, you can simplify managing employee ownership plans while equipping your team with individualized dashboards to help them understand their share compensation better.

The easy-to-navigate, self-service software is free for early-stage companies, making it an ideal choice from start to finish when raising capital or offering employee equity!