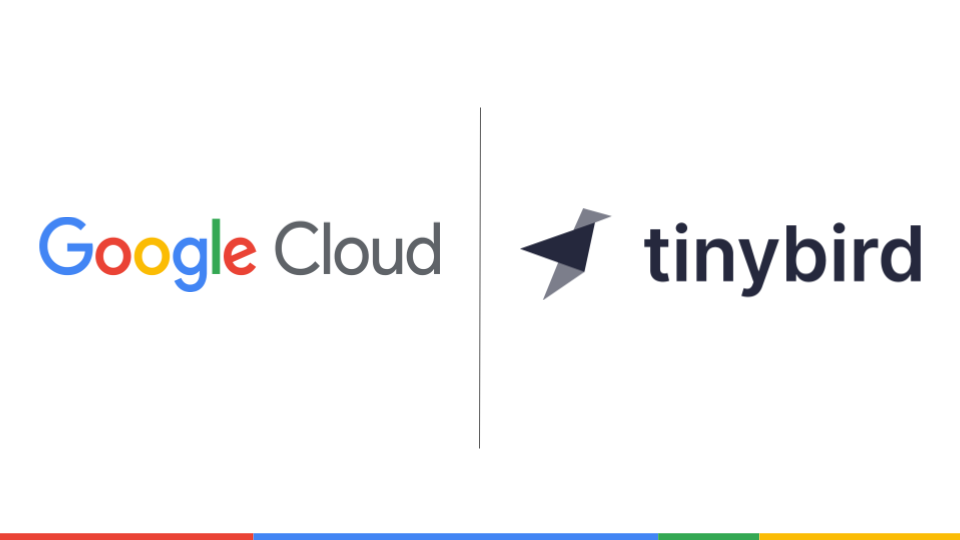 Tinybird partners with Google Cloud so developers and data teams can work together to build realtime data products at any scale.

While data warehouses like BigQuery are terrific for storing and querying large amounts of data, Tinybird is a great compliment for low-latency queries with high concurrency. And that’s critical for user-facing analytics, realtime personalization, realtime inventory management, anomaly detection and alerting, and many other realtime applications, for which we rely on GCP.

“Many people think they don’t need realtime, but they’re missing that speed compounds over time. Faster queries lead to less infrastructure, which means more time and money that can be invested in product development. Faster development leads to faster feedback and faster releases. Faster UIs means better user experiences and happier customers. Realtime matters. This partnership with Google Cloud helps us deliver the realtime promise with the scalability and performance that our customers need and will also boost our growth thanks to our go-to-market strategy” - Jorge Sancha, Co-Founder & CEO of Tinybird.