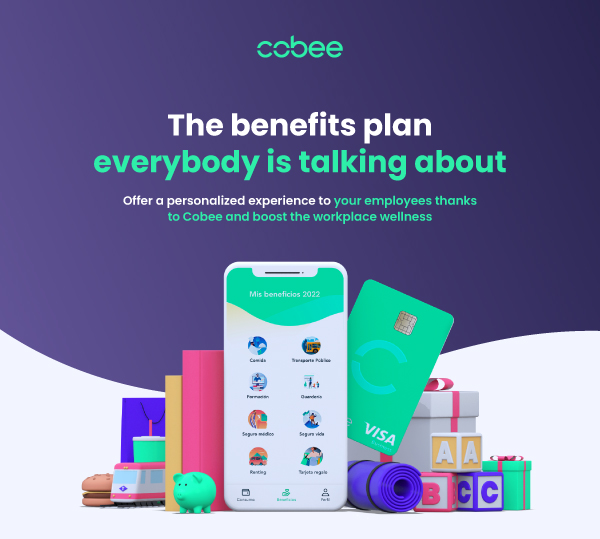 This weeks' newsletter wouldn't be possible without the support of Cobee.

Some of the companies that you see in this newsletter such as Factorial, Red Points, Lingokids, Trucksters (Congrats! 🤑) or Typeform have something in common: they all want to boost their employees' workplace wellness through Cobee.

With Cobee, you can create and manage tailored benefits plans for each employee. With a simple and unique platform, any company can design a compensation plan specifically tailored to its needs.

Once configured, employees are able to access all their benefits from one place: their phone. No need to plan in advance or to reach out to the People's team everytime they need something.

Through Cobee’s app, every employee is able to decide what to consume, when and how.

Companies such as Glovo, Booking, Gympass or Holaluz among others already use Cobee. Do you want to hear more about their experience? Read on here.

You’re just in time to experience Cobee yourself. Why don’t you join us?