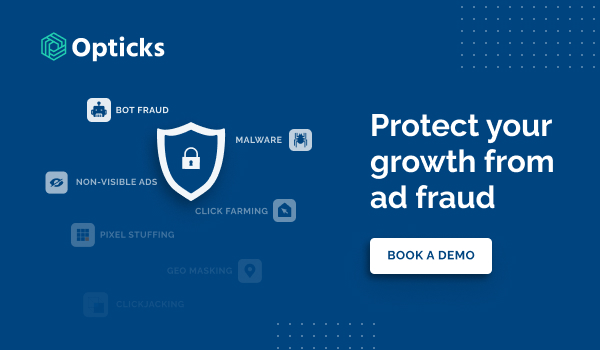 As a marketing leader, do you experience suspicious spikes in ad performance? Are you monitoring for illegitimate clicks and leads in your marketing funnel?

Ad fraud is rightly the growing concern amongst CMOs, performance marketers and media specialists in their path to reach their growth objectives.

Opticks' mission is precisely to allow advertisers to grow to their fullest potential by providing them fraud detection and prevention solutions.

Leading ecommerce and leadgen advertisers worldwide, like Huawei, already use Opticks to prevent advertising fraud. On average, our clients reduce CAC by 5% and increase Return on Ad Spend by 6%.

If you’d like to find out how we can do the same for you, book a demo with us. Let’s beat ad fraud together!