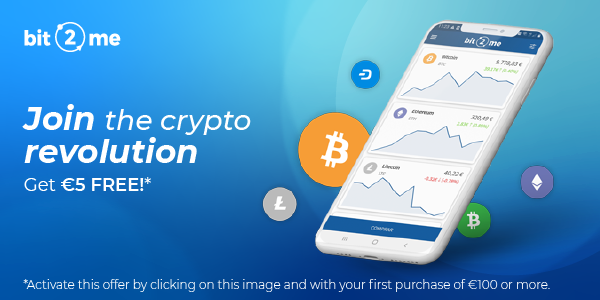 Bitcoin? Cryptocurrencies? Blockchain? Surely you've heard these terms a lot lately... Bit2Me wants to offer you a ticket to the crypto world. Our suite has more than 20 services to train you, inform you, buy, sell, and manage crypto. Our mission: to promote and bring cryptocurrencies closer to everyone! Come aboard! 🚀

The benchmark free crypto learning platform used by over 1 million learners. High-value content created by top crypto and blockchain industry professionals. Get started with Bitcoin with our free basic course with certificate !

Create your Bit2Me Wallet for free 👛

A multi-currency wallet to manage euros and cryptocurrencies. Within the app, you can instantly buy, sell, exchange, and send micropayments for free. Also available for both Android and iOS.

Create your free account in less than a minute using this link and, with your first purchase of €100 or more, get €5 FREE in your Wallet. 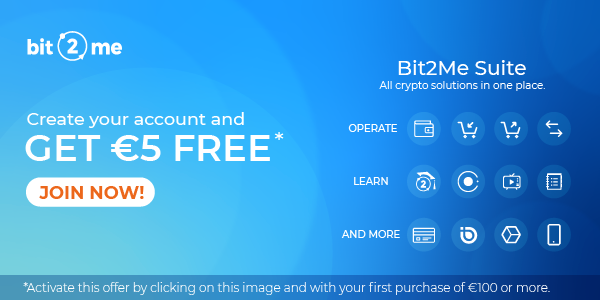 Bit2Me is a suite for buying, selling, exchanging, and managing cryptocurrencies and euros that currently has 49 cryptocurrencies listed. Its purpose is to facilitate access and support new users who are interested in this sector by offering them all the solutions to their crypto needs.