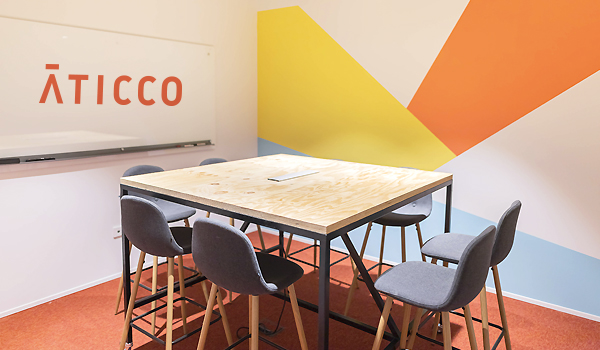 If you are searching for a workspace in Madrid, have a coffee with Javi Esteban at Aticco María de Molina.

The perfect ecosystem for technology startups wishing to strengthen their team relationships and improve their business. That is why Madrid Tech City has chosen it as its headquarters. 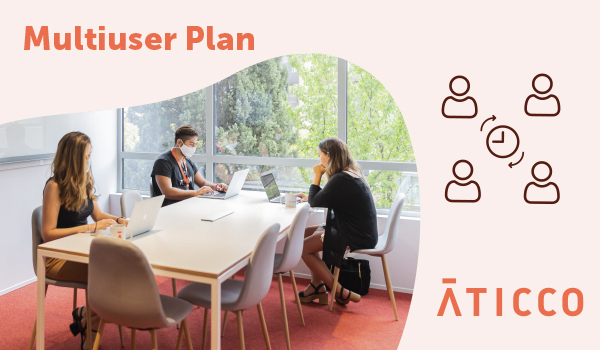 Organize your team into shifts and avoid paying for extra space that you are not using. Switch to the Aticco Multiuser Plan, which allows you to rent the workspace you need and double the number of members who can access without additional cost. Reduce costs without affecting your team's productivity and commitment.

Enjoy a 20% discount for 6 months with the code: Dealflow