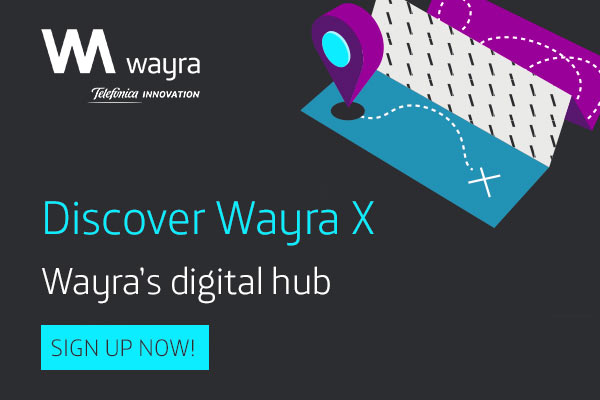 Telefónica launches Wayra X, the global and digital hub of Wayra designed to invest in startups with massive products.

Almost 10 years ago (X) Telefónica decided to create Wayra and open the corporation’s doors to entrepreneurs. The goal was to work with the best global talent and bring their innovations to the group’s more than 350m customers around the world. Today, the world is more connected than ever following the biggest digitalization drive in history and Wayra now has 7 physical hubs in Europe and Latam. Could there be a better time to take the next step and roll out Wayra beyond its borders?

Often, a startup’s success and growth depend on its ability to find a brilliant solution to a problem, to resolve the X. Most of the companies that are successful in the market achieved that success with their ability to solve problems (the X) in a creative, agile, ingenious, Speedy manner. That is what Wayra is looking for with Wayra X.

What kind of investments does Wayra X plan to make?

- Investments of up to €250k in 100% digital startups aimed at mass markets (B2C) - Looking for disruptive startups with a focus on 5G, e-health, e-learning and smart home, among others. - Wayra offers 100% remote scale-up services, fast track to real clients via preinstallations on Movistar customer’s devices - Wayra aims to be a strategic partner for companies and provide them with Access to Telefónica customers. They won't be lead investors.

If you're a startup interested in partnering with Wayra X, go here to find more info.