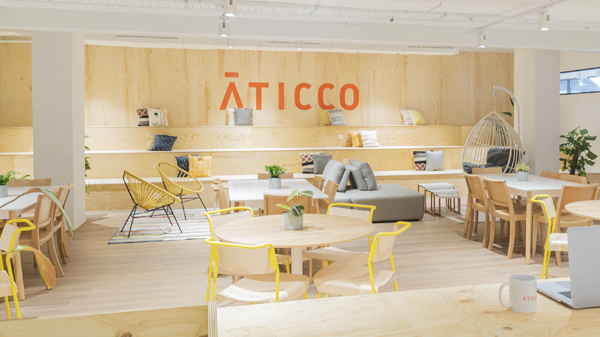 Aticco is an innovative ecosystem for entrepreneurs, startups and established companies where the growth of projects and the creation of real connections within community members are fostered.

If you're looking for a great place to work from, check Aticco's website for more information.

Aticco has just launched new flexible workspace plans adapted to the current situation, such as the Multiuser Corporate plan. This allows hybrid teams to only contract a certain number of desks and duplicate the number of their users with no additional fee.

Enjoy a 20% discount for 6 months with the code: Dealflow