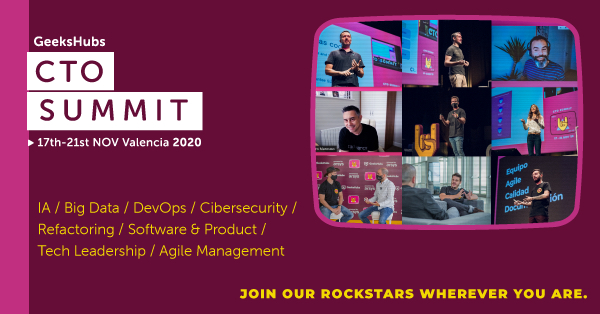 CTO Summit is right around the corner: a new edition of one of the better events in Spain focused on Technology Directors and IT teams.

The new online format brings together the leading national and international technology leaders so you can watch it comfortably wherever you are. More than 15 speakers, 3 international talks, 2 round tables, workshops, exclusive interviews with startups leaders and... a whole lot of networking!

The event will feature top tech and IT talent from startups and companies such as CARTO, Tinybird, Flywire, Auth0, Google, Microsoft and more.

Ticket holders will have access to Brella's platform two weeks in advance to be able to meet all attendees, visit the virtual stands of the sponsors and even schedule videoconferences with people who have the same interests. An event that goes beyond streaming, it will be a complete virtual experience!

Scroll down to find a 50% discount for Dealflow subscribers 😊

If you use the promo code DEALFLOW50, you'll get a a 50% discount on your regular CTO Summit ticket. Get yours now!