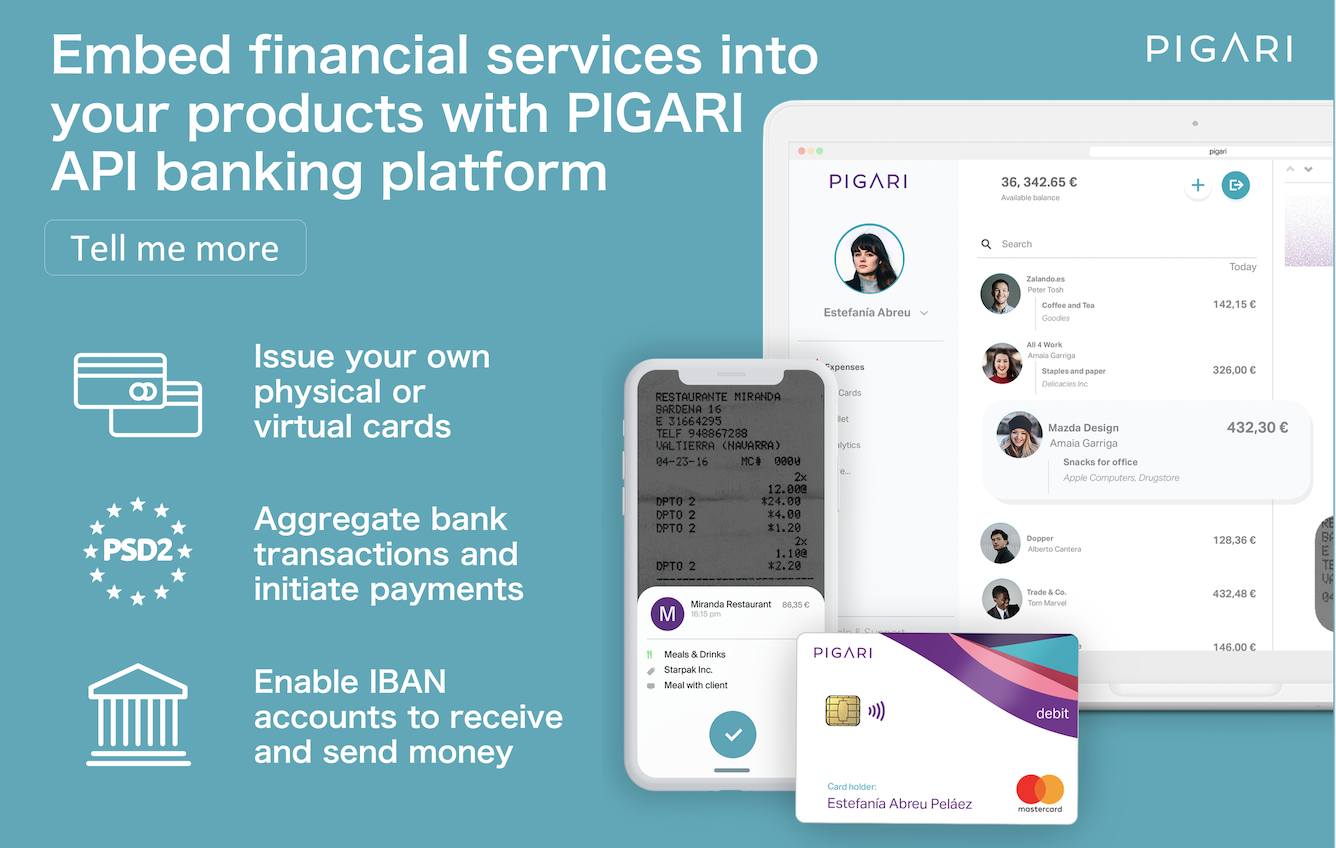 PIGARI is a Barcelona-based startup that enables businesses to offer financial services to their customers. You can leverage PIGARI’s fintech as a service platform and seamlessly integrate banking services in your current offering. Your product will be under your own brand, relying on PIGARI’s whitelabel solution in the background.

Boost your revenues and increase customer loyalty. PIGARI’s platform is a quick and easy way to add banking services to your current product features:

No integration time, no upfront costs, pay-as-you-go and public launch in 4 weeks across Europe!

You can reach out to them at info@pigari.com or book a meeting here. PIGARI’s team can help you to discover the best solution for your business and customers.