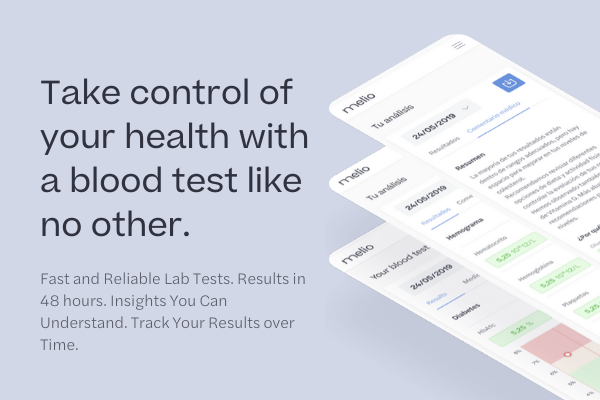 This week's newsletter is brought to you by healthcare startup Melio.

Melio is a preventative care company operating in Madrid and Barcelona. Melio helps users take control of their health through frictionless blood testing giving them access to markers difficult to obtain in traditional channels. They have already provided hundreds of users with insights from their blood data.

It is a simple process:

- Buy online one of the packages prepared by their medical team. - Drop-in in any of their locations. - Receive your results with comments from one of their doctors in 48 hours.

Get insights on you general health, cardiovascular risk, hormones and other relevant areas of your health. Find out more info here.