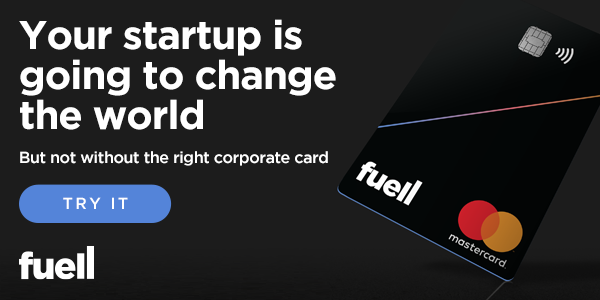 This week's newsletters is brought to you by Madrid-based fintech startup Fuell.

Fuell is an unprecedented corporate card solution for businesses of all sizes. It's like nothing you've seen before. Fuell Corporate Card is a card issuer and an expense management software, at the same time.

Say goodbye to expense reports, to manually updating budgets, to sharing cards, and to employee reimbursements. Manage your company’s spending (employees and providers) in real-time. It’s the corporate card you'd would like to have if I you're building a company.

Fuell is pretty simple to use, create different budgets and assign your team funds. This will allow them to spend on their physical card or through a member virtual card. Members can only access funds once they have been assigned to them by a budget owner or admin. Employees just have to select a budget, pay with Fuell card, get a push- notification on their phone, take a picture of the receipt, and you're done. As simple as it gets.

Employees waste on average 68 minutes to do expense reports every month. That means that 100 employees spend per year 56 days doing expense reports...This situation had to stop! Fuell purpose is to help humanity thrive by enabling all teams to efficiently work towards their purpose.