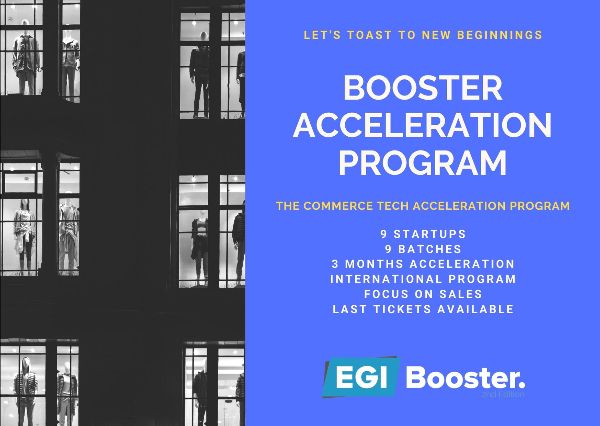 The retail digital transformation/revolution is a reality and its constant evolution brings new needs that have to be solved. Most of these challenges are solved by the arrival of innovative Digital Commerce startups.

As an investor it might be difficult to choose which startups can make the difference, this is why we created EGI Booster. Our main goal is to identify for you the most disruptive european startups in Retail Tech, Fashion Tech and Ecommerce Tech.

If you are an an investor looking for new projects in 2020, this is your opportunity. Last tickets available! Join our board of investors together with Sonae Group (Continente, Worten, Salsa) and the Mulliez Family (Alcampo, Decathlon, Leroy Merlin), among others. Fill in this form to receive more details.