GetWith takes a fresh approach to hiring – no blind spamming or throwing candidates at companies. We handpick developers who fit your project and company long term.

Our candidates are not just talented and hardworking, but also bright humans with great attitudes. And the GetWith process is so smooth, efficient and personal that our clients always come back for more. Get in touch at GetWith.io 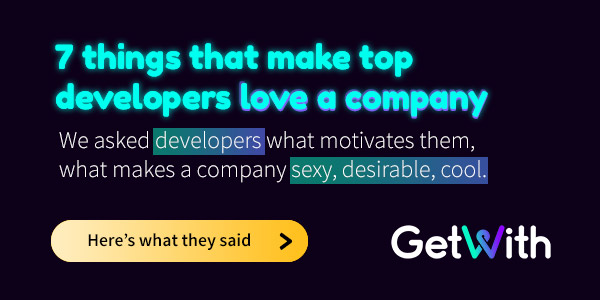 GetWith is an IT hiring agency that is determined to re-humanize recruitment. We’ve had enough of the silly hit-and-run tactics that have taken over the industry.