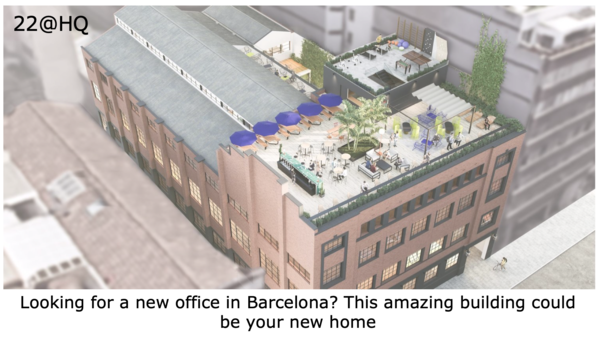 That’s until you see what @22HQ has to offer: Pere IV 86 is a unique building from the 1940s with more than 3,600 m2 of office space, terraces on every floor, industrial character with high Catalan vaulted ceilings and light filled spaces.

The building will be available Q1 2021 and @22HQ is looking for a single company interested in filling the whole space or multiple companies in need of more than 1,000 m2 each. If you’re interested in this unique opportunity, reach out to them by using the form on their website.